IF BLURBS WERE HERBS…

If blurbs were herbs, they’d be called Authors Bane. A blurb is a short description of a book. It’s distinguished from an actual “book description” by length. It’s basically a paragraph. Smashwords allows 386 characters. Sounds sufficient to describe a 113,000 words book?

If you’re a reader you take these mini-synopses (Yes. I had to look up the plural of synopsis.) for granted, just as authors did before we became authors. It looks easy. A ten minute task at most. Four months and a hundred revisions later, I’m still tearing my hair out.

You say: “Come on. How hard could it be? Has anyone ever called you melodramatic?”

I say: “Well, yes. They have. But that’s not relevant to this discussion. Really!”

I would much rather write a full length novel than try to compose a blurb. Trying to pare that 113,000 words down to 75 is not just hard, it’s torture. It’s cruel, I tell you. The short description that I currently use for My Familiar Stranger follows. This is the best I can do while avoiding spoilers.

“Minutes ahead of inevitable assassination, Elora Laiken is forcibly transported to an alternate dimension similar, but not identical, to her own. She is stranded. Alone. Far from home. A stranger in a “strangish” land.

Of course a girl could suffer worse problems than having gorgeous suitors. Perhaps more importantly, in the midst of an epidemic of vampire related abductions, can she stay alive long enough to choose between an honor debt, true love, or the breathlessness of single-minded passion?”

I can’t tell you how often reviews will say something to the effect of “don’t pay too much attention to the description”. See, the problem is that I wanted to create something that hadn’t been done before, something that defies both formula and genre categorizing. I succeeded at that, but, it turns out that, like everything else in the universe, that comes with two sides. The good news is that it’s different. The bad news is that the difference throws a wrench into the way the industry is set up to market books.

The second book in the series, The Witch’s Dream, is due to release October 14th and the problem has expanded. It’s snowballing. Here’s what I’ve got so far…

“From New York to Ireland to Edinburgh to Siena to the Texas Hill Country to Napa Valley, modern day knights, heroes, witches, demons, psychics, vampires, werewolves, elves and fae come together where emotions intersect. From promises to rages to hunts to epiphanies, The Witch’s Dream proves that true love can find you in the strangest places, when you’re least expecting it, even when you’re far, far from home.”

See what I mean? There’s no way to give a SHORT description of this book without having it sound stupid or juvenile or both which leaves me standing here as usual saying, “But it’s not! I swear!” 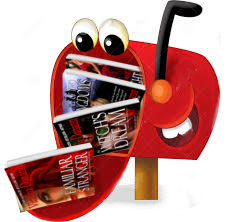 Be First To Know